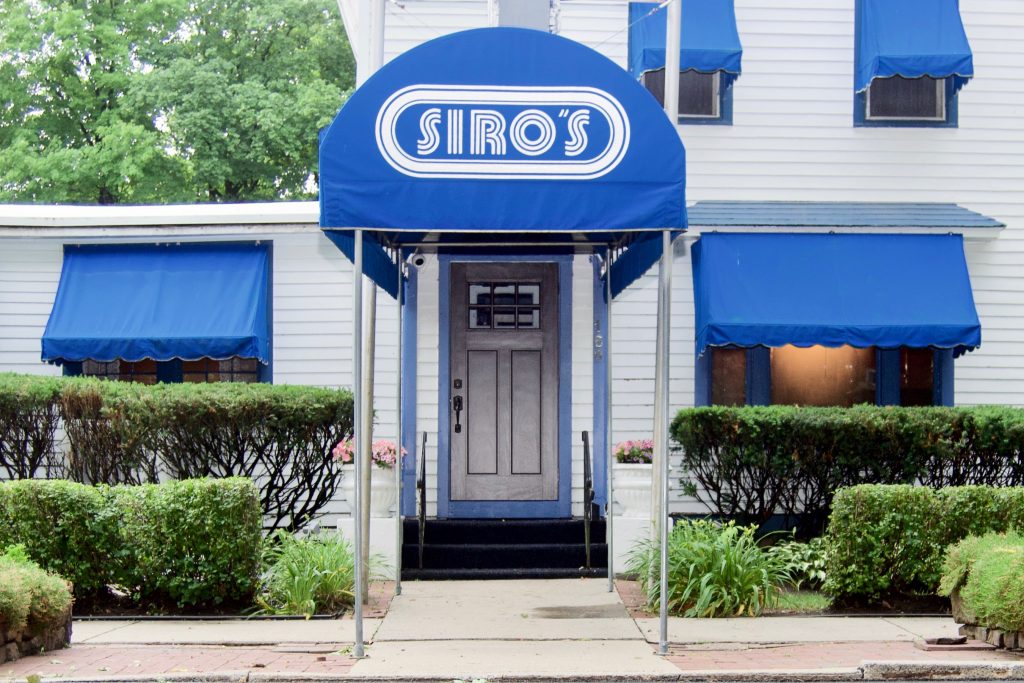 Anyone driving on the east end of Lincoln Avenue this past spring would have noticed that something was going on at in and around Siro’s, the venerable establishment that has been a favorite of track attendees since 1945.

After significant construction and upgrades, the fine-dining restaurant and bar will reopen to the public on July 14, the day before Saratoga Race Course opens.  The Siro’s Cup, a fundraiser for the Center For
Disability Services will be held there that evening, but the dining room
will be open to the public (reservations required) for dinner.

“This will be the premier restaurant in Saratoga Springs”, beamed owner Peter Spitalny, who will operate the iconic eatery with his son Jake. “Our team has put a tremendous amount of work into this because of the importance of Siro’s to both the racing and Saratoga
communities”.

Jake Spitalny, who along with his brother Sam operates The Lake George Beach Club, was likewise upbeat.  “My father and I are aware of the historical significance and reputation of Siro’s”, he noted.  “We take pride in being the group to restore these values.”  The family’s core business is Stein Fibers, based out of Colonie. 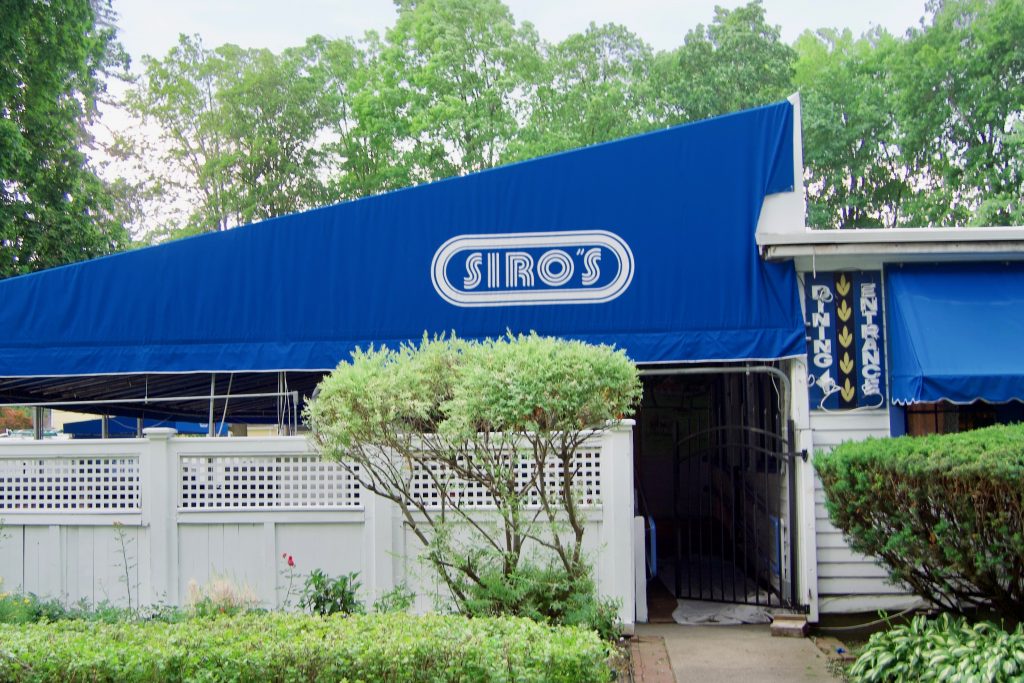 The planning and improvements are significant, and the buildings and grounds were a beehive of activity Wednesday afternoon just prior to a violent thunderstorm that finally broke the area’s heat wave.  The team includes some old and new faces to Siro’s, including well-known General Manager Kevin Decker and longtime Maitre d’ Michael Stone, who succinctly describes Siro’s as “a place that can’t be explained; it must be experienced”.

One of the new faces is Chef Bobby Missinelli, who was recruited from a Myrtle Beach, SC restaurant aptly named “Thoroughbreds Chophouse”.  Missinelli, who is originally from the Philadelphia area,  lived in the Capital Region previously.  He was trained at Rouxbe Culinary School based in France.  He also had a stint at the Nantucket Hotel & Resort.

Missinelli describes the menu as a combination steakhouse and upscale dining that “harkens back to Siro’s finer days, with some new twists.”
An example of a new twist would be the Saratoga Chips, which at Siro’s are pressed with a black truffle carpaccio.  He noted the restaurant will strive to obtain local vegetables and other ingredients, but he will also use his connections in Nantucket and South Carolina to bring in fresh seafood.  “The fish and beef here will be awesome”, he promised.

Jake Spitalny noted they invested into the design and infrastructure, while maintaining “the historical significance and charm that Siro’s has always exuded”.  He proudly rattled off a list of upgrades and improvements, including the entire outdoor area being revamped with a refurbished stage, new concrete patio areas with improved drainage and cleanliness.  The bathrooms have been upgraded.  He shared that the team wants to please the longtime patrons of past years, but wants to also appeal to a younger clientele – hence the kegerators, raw bar and artisan flatbread pizza that will be available outside.  Favorite musical bands of the past like The Refrigerators and Funk Evolution have been booked.

Attorney, horse owner and Saratoga Springs resident John Mastropietro is a longtime patron who is ecstatic about Siro’s reopening.  “I have great memories of Siro’s since I started going there in the late 1990’s,” he stated.  “I’m not only thrilled it’s back, but it seems like the current owners are creating a really terrific venue.”

The younger Spitalny said that Chef Missinelli brought in five members of his Myrtle Beach team to help run the kitchen, but Siro’s was still hiring for many positions in the restaurant, which were listed on
Indeed.com.  He also encouraged interested applicants to stop by to apply.

Despite the exhausting work they’ve done so far and the daunting tasks that lie ahead, the Siro’s team on site seemed energized by the planned reopening, which is less than two weeks away.  Peter Spitalny summed up their collective feelings for the reopening for Saratoga-Report.  “We’ve been hearing from everyone around town that they are extremely excited by the new plans and reopening of Siro’s,” he noted.  “And we are too”.

RETURN TO THE HOME PAGE OF SARATOGA-REPORT BY CLICKING HERE